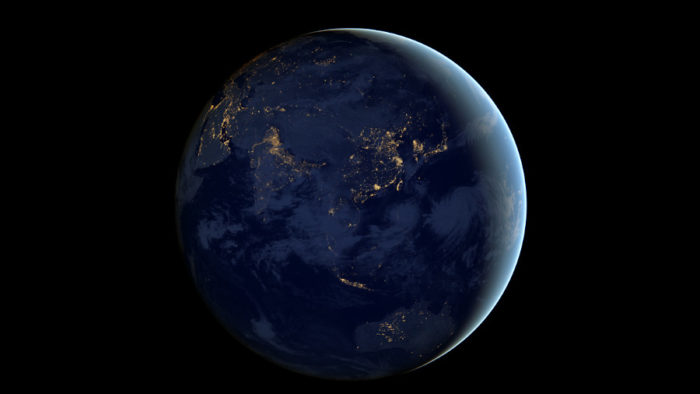 The pandemic will strengthen the state and reinforce nationalism. Governments of all types will adopt emergency measures to manage the crisis, and many will be loath to relinquish these new powers when the crisis is over.

COVID-19 will also accelerate the shift in power and influence from West to East. South Korea and Singapore have responded best, and China has reacted well after its early mistakes. The response in Europe and America has been slow and haphazard by comparison, further tarnishing the aura of the Western “brand.”

We will see a further retreat from hyperglobalization, as citizens look to national governments to protect them and as states and firms seek to reduce future vulnerabilities.

In short, COVID-19 will create a world that is less open, less prosperous, and less free.

The End of Globalization as We Know It

Now, COVID-19 is forcing governments, companies, and societies to strengthen their capacity to cope with extended periods of economic self-isolation.

It seems highly unlikely in this context that the world will return to the idea of mutually beneficial globalization that defined the early 21st century. And without the incentive to protect the shared gains from global economic integration, the architecture of global economic governance established in the 20th century will quickly atrophy.

Why will this trend continue? The American population has lost faith in globalization and international trade. Free trade agreements are toxic, with or without U.S. President Donald Trump. By contrast, China has not lost faith. Why not? There are deeper historical reasons. Chinese leaders now know well that China’s century of humiliation from 1842 to 1949 was a result of its own complacency and a futile effort by its leaders to cut it off from the world. By contrast, the past few decades of economic resurgence were a result of global engagement. The Chinese people have also experienced an explosion of cultural confidence. They believe they can compete anywhere.

Consequently, as I document in my new book, Has China Won?, the United States has two choices. If its primary goal is to maintain global primacy, it will have to engage in a zero-sum geopolitical contest, politically and economically, with China. However, if the goal of the United States is to improve the well-being of the American people—whose social condition has deteriorated—it should cooperate with China. Wiser counsel would suggest that cooperation would be the better choice. However, given the toxic U.S. political environment toward China, wiser counsel may not prevail.

Given the economic damage and social collapse that is unfolding, it is hard to see anything other than a reinforcement of the movement toward nationalism, great-power rivalry, strategic decoupling, and the like.

But just like in the 1930s and ’40s, there might also be a slower-evolving countercurrent, a sort of hardheaded internationalism similar to the one that Franklin D. Roosevelt and a few other statesmen began to articulate before and during the war. The 1930s collapse of the world economy showed how connected modern societies were and how vulnerable they were to what FDR called contagion. The United States was less threatened by other great powers than by the deep forces—and Dr. Jekyll and Mr. Hyde character—of modernity. What FDR and other internationalists conjured was a postwar order that would rebuild an open system with new forms of protection and capacities to manage interdependence. The United States couldn’t simply hide within its borders, but to operate in an open postwar order required the building of a global infrastructure of multilateral cooperation.

So the United States and other Western democracies might travel through this same sequence of reactions driven by a cascading sense of vulnerability; the response might be more nationalist at first, but over the longer term, the democracies will come out of their shells to find a new type of pragmatic and protective internationalism.

Global supply chains were already coming under fire—economically, due to rising Chinese labor costs, U.S. President Donald Trump’s trade war, and advances in robotics, automation, and 3D printing, as well as politically, due to real and perceived job losses, especially in mature economies. COVID-19 has now broken many of these links: Factory closings in afflicted areas have left other manufacturers—as well as hospitals, pharmacies, supermarkets, and retail stores—bereft of inventories and products.

On the other side of the pandemic, more companies will demand to know more about where their supplies come from and will trade off efficiency for redundancy. Governments will intervene as well, forcing what they consider strategic industries to have domestic backup plans and reserves. Profitability will fall, but supply stability should rise.